Divyanka Tripathi, also known by her married name Divyanka Tripathi Dahiya, is an Indian television actress. She has established herself as one of the most popular actresses in the Hindi television industry. Best known by the public for her role as Vidya in the Zee TV series Banoo Main Teri Dulhan for which she won the Indian Television Academy Award for Best Actress in the drama category. Currently, She is in a lead role in Dr.Ishita Raman in Star Plus serial “Yeh Hai Mohabbatein”. Divyanka was born on December 14, 1984 in Bhopal, India to Narendra and Neelam Tripathi. She has a sister, Priyanka and a brother, Aishwarya. She has been married to actor Vivek Dahiya since 2016. 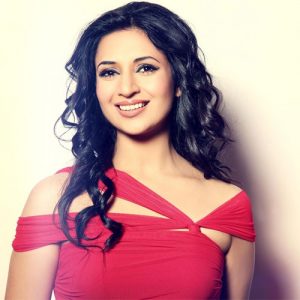 Relationships / Affairs / Boyfriend:
She was in a relationship with actor Sharad Malhotra for 9 years.
She married actor Vivek Dahiya in 2016.

Divyanka Tripathi Education:
She completed her schooling and college from Nutan college in Bhopal.

Divyanka Tripathi Facts:
*She made her acting debut in Telefilms for Doordarshan.
*She made her television debut in Star Plus’ Ssshhhh…Phir Koi Hai in 2006.
*She began her career as a model.
*She was the winner of the 2005 Miss Bhopal contest.
*She won the dance reality show Nach Baliye in 2017.
*She holds gold medals in riflery.
*Follow Divyanka on Twitter, Facebook and Instagram.