Irish actor Domhnall Gleeson Biography, Family, Height, Weight, Age, Measurements will be discussed here. Domhnall Gleeson’s personal details can be checked here. In 2006, Gleeson was nominated for a Tony Award for his role in The Lieutenant of Inishmore. 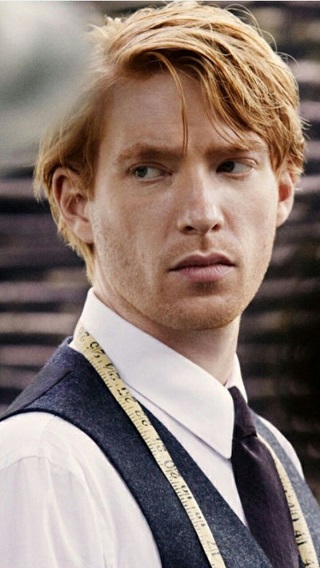 Domhnall Gleeson is an Irish actor, screenwriter, and short film director. He is best known for his roles in the Harry Potter film franchise, About Time, Ex Machina and The Revenant. He has also appeared in Star Wars: The Force Awakens, Star Wars: The Last Jedi, Peter Rabbit, Brooklyn, and Unbroken. In 2020, Gleeson played Billy Johnson in the HBO black comedy series Run.

Born on May 12, 1983 in Dublin, Ireland, he is the eldest son of Mary and actor Brendan Gleeson, with whom he has appeared in a number of films and theatre projects. Domhnall attended Malahide Community School, and has a degree in Media Arts from Dublin Institute of Technology.

Domhnall Gleeson Facts:
*Born on May 12, 1983 in Dublin, Ireland, he has three younger brothers named Brian, Fergus, and Rory.
*He began directing and writing for both film and stage right after his graduation.
*He made his acting debut on the 2001 miniseries Rebel Heart.
*He has won three IFTA Awards for his performances in When Harvey Met Bob, Anna Karenina, and Frank.
*He is a fan of English football club Aston Villa.