Dominic Brunt is a British actor, best known for his role as vet Paddy Kirk in ITV’s Emmerdale, a part that he has played since 1997. For his role on “Emmerdale”, he was nominated for Best Actor at the British Soap Awards in 2011. Born Dominic Adam Brunt on April 15, 1970 in Macclesfield, United Kingdom, he attended Accrington Moorhead Sports College and the Bristol Old Vic Theatre School. Before becoming an actor, he was a sheet-metal worker. In April 2003, he married Joanne Mitchell. 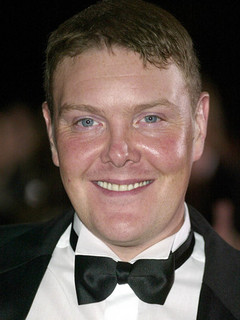 Dominic Brunt Facts:
*He was born on April 15, 1970 in Macclesfield, United Kingdom.
*He was trained at the ‘Bristol Old Vic Theatre School’.
*He was a sheet-metal worker before becoming an actor.
*He directed Before Dawn, Bait and Attack of the Adult Babies.
*He’s a self-confessed zombie addict.
*He married Joanne Mitchell in 2003.
*Follow him on Twitter, Facebook and Instagram.