Doris Day was an American singer, actress, and animal welfare activist. One of America’s most prolific actresses, Doris starred in her own sitcom The Doris Day Show from 1968 to 1973. She was best known for her roles in the films The Pajama Game, That Touch of Mink and Pillow Talk. For her performance in Pillow Talk, she received an Academy Award nomination for the Best Actress in a Leading Role. Born Doris Mary Ann Kappelhoff on April 3, 1922, in Cincinnati, Ohio, to William Joseph Kappelhoff, a music teacher and choir master, and Alma Sophia, a housewife, her grandparents were all German immigrants. She had two older brothers, Richard (died before she was born) and Paul. Her parents divorced when she was still a child, and she was raised by her mother. She began her career in 1939 as a big band singer, and her first hit single was Sentimental Journey, which was released in 1945. Doris died of pneumonia in Carmel Valley Village, California, on May 13, 2019 at age 97. She was married four times. 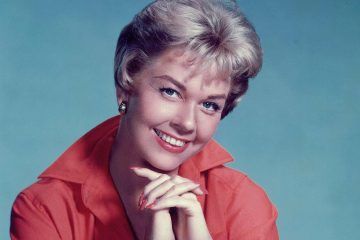 Doris Day Facts:
*She was born on April 3, 1922 in Cincinnati, Ohio, USA.
*All her grandparents were German immigrants.
*Her great-niece, Pia Douwes, is also a critically acclaimed actress.
*Her childhood idol was Ginger Rogers.
*She appeared in romantic comedies with Rock Hudson.
*She was close friends with President Ronald Reagan.
*Her son, Terry Melcher, died of melanoma on November 19, 2004, aged 62.
*Visit her official website: www.dorisday.com