Douzi is a Moroccan pop singer, songwriter, dancer, actor and record producer who released his debut album Goulou Imumti Tjini in 1994. Douzi’s notable hit songs include “Mazal Mazal,” “Douni Lebladi”, “Lmouja”, “Dina”, “Laayoun Aynia” and “Fehmini”. He released a remake of “Mazal Mazal” in tribute to Cheb Akil. “Awal Hob” featuring Dj Maze is support for the deaf community and the 2018 hit “Mabrouk Rebha” in support of the Moroccan National Football Team in 2018 FIFA World Cup. Born on May 1, 1985 in Oujda, Morocco, his full name is Abdelhafid ad Douzi. He has two brothers, Abdelkader and Cheb. He began singing at the age of 3 and was fully supported by his family. Douzi performed his first song for a TV program in Rabat. He has sung in Arabic, English, French in addition to features in Spanish, Turkish and Hindi. 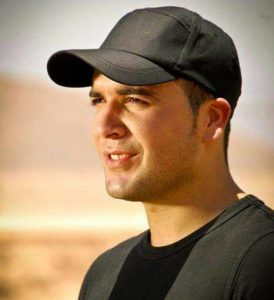 Douzi Facts:
*He was born on May 1, 1985 in Oujda, Morocco.
*His first major performance was on the Moroccan channel RTM in 1997.
*One of the world’s most prominent performers of the socially-conscious music known as Rai.
*Douzi was made a Knight of the Order of Wissam Al Moukafâa Al Wataniya by King Mohammed VI in 2016.
*He is residing in Belgium with his family.
*Visit his official website: www.douzi.net
*Follow him on Twitter, YouTube, SoundCloud, Facebook and Instagram.