Draymond Green is an American professional basketball player who plays for the Golden State Warriors of the National Basketball Association at the power forward position. He is a three-time NBA champion and a three-time NBA All-Star. In 2017, Green won the NBA Defensive Player of the Year. Born Draymond Jamal Green Sr. on March 4, 1990 in Saginaw, Michigan, to parents Mary and Wallace Davis, his older brother, Torrian Harris, briefly played junior college basketball. Green was a two-time state champion at Saginaw High School in Michigan. He was drafted 35th overall in the 2012 NBA draft by the Golden State Warriors and later played a key role on the Warriors’ 2015, 2017, and 2018 championship teams. Green got engaged to Hazel Renee in 2019. 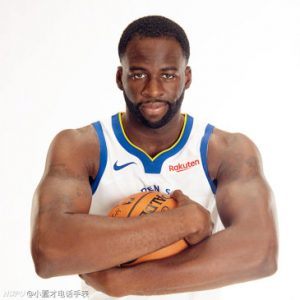 Draymond Green Facts:
*He was born on March 4, 1990 in Saginaw, Michigan, USA.
*He played college basketball for Michigan State.
*He was drafted 35th overall by the Golden State Warriors in 2012.
*He is frequently among the league leaders in technical fouls.
*Follow him on Twitter, Facebook and Instagram.