American rapper and record producer who became recognized for his debut mixtape, entitled Earl, which released in March 2010 when he was just sixteen years old. On August 20, 2013, he released his debut studio album, Doris, through Odd Future Records and Tan Cressida Records, and distributed by Columbia Records, which achieved remarkable success, debuting at number five on the US Billboard 200, and number one on the US Rap Albums chart. His second album, I Don’t Like Shit, I Don’t Go Outside, debuted at number 12 on the US Billboard 200, selling 30,000 copies in the first week. On November 30, 2018, he released his third studio album, Some Rap Songs. Born Thebe Neruda Kgositsile on February 24, 1994 in Chicago, Illinois, to parents Cheryl Harris and Keorapetse Kgositsile, he has one brother named Randy. He was educated at UCLA Lab School in Los Angeles and New Roads High School in Santa Monica. He has dated models Mallory Llewellyn and Kinda Salty. 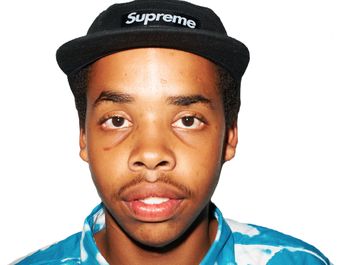 Earl Sweatshirt Facts:
*He was born on February 24, 1994 in Chicago, Illinois, USA.
*He was discovered by Tyler, The Creator in 2009.
*He released his debut mixtape, Earl, in March 2010 when he was just 16 years old.
*He released his debut studio album Doris in 2013.
*Eminem, James Pants, Jay-Z, Madvillain, and MF DOOM are among his favorite celebrities/influences.
*He is close friends with Tyler, The Creator and Frank Ocean.
*He’s signed to Columbia Records as well as his independent label Tan Cressida.
*Visit his official website: www.earlsweatshirt.com
*Follow him on Twitter, YouTube, Facebook and Instagram.