Ebon Moss-Bachrach is an American actor of film, television, and theatre. He is best known for his portrayal of David Lieberman in the Netflix television series The Punisher, and for his role as Niels Sørensen in the Michael Bay-produced TNT drama series The Last Ship. He played Desi Harperin on the HBO comedy-drama series Girls. His notable film appearances include: Death of a Dynasty, Come Out and Play, Live Free or Die, Wedding Daze, Breaking Upwards, The Royal Tenenbaums, The Marc Pease Experience, Higher Ground, Lola Versus, Gods Behaving Badly, Good Posture, and Lying and Stealing. His theater credits include 36 Views, Fifth of July, and Three Sisters. Born on March 19, 1977 in Amherst, Massachusetts, to parents Renee Moss and Eric Bachrach, both of his parents are of Jewish descent. He has one younger brother named Elan. He did his schooling from Amherst Regional High School in Massachusetts and graduated from Columbia University. He has been in a long term relationship with Ukrainian photographer Yelena Yemchuk, with whom he has two daughters, Sasha and Mirabelle. 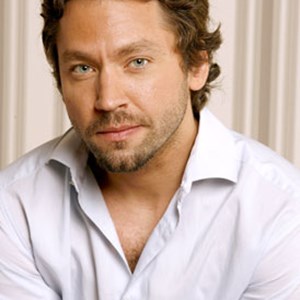 Ebon Moss-Bachrach Facts:
*He was born on March 19, 1977 in Amherst, Massachusetts, USA.
*His father, Eric, was born in Germany to Jewish-American parents.
*He was educated at Amherst Regional High School and Columbia University.
*Follow him on Twitter.