Elisabeth Moss is an American actress best known for her roles in the television series ‘The West Wing’ and ‘Mad Men’. Moss was born as Elisabeth Singleton Moss in Los Angeles, California, to Ron and Linda Moss. Both of her parents are musicians. She belongs to English, Swedish and German descent and has a younger brother, Derek Moss. She was previously married to Fred Armisen from 2009 to 2011. 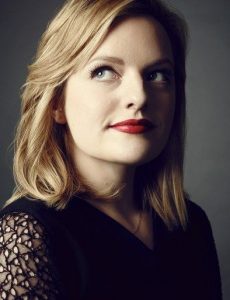 Elisabeth Moss Education:
She was home-schooled and graduated at the age of 16.

Elisabeth Moss Facts:
*She was raised a Scientologist.
*She studied Scientology as a religion.
*She is a lifelong member of the Church of Scientology.
*Follow her on Twitter and Instagram.