Elizabeth Debicki is an Australian stage and film actress. She is best known for her roles in the films The Great Gatsby, Macbeth, The Man from U.N.C.L.E., Guardians of the Galaxy Vol. 2 and Widows. For her work in The Great Gatsby, she won the AACTA Award for Best Actress in a Supporting Role. She also starred in the Sydney Theatre Company production of The Maids alongside Isabelle Huppert and Cate Blanchett, for which she was nominated for the 2014 ‘Helpmann Award for Best Female Actor in a Supporting Role in a Play’. Her notable television credits include The Kettering Incident, The Night Manager, and Lovecraft Country. Born on August 24, 1990 in Paris, France, to a Polish father and an Australian mother of Irish descent, her parents were both ballet dancers. Debicki has two younger siblings, a brother and a sister. She graduated from Huntingtower School in 2007, and obtained a drama degree from the University of Melbourne’s Victorian College of the Arts. She made her film debut as Maureen in the 2011 film A Few Best Men. 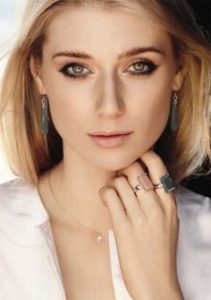 Elizabeth Debicki Facts:
*She was born on August 24, 1990 in Paris, France.
*She is of Polish descent on her father’s side, and of Irish descent on her mother’s side.
*Growing up, she took extensive ballet training.
*She began her career in 2010.
*She made her feature film debut in A Few Best Men (2011).