Elizabeth Pena was an American actress, writer, musician and panelist, best remembered by the public for her roles in the films Nothing like the Holidays, Down and Out in Beverly Hills, Jacob’s Ladder, Batteries Not Included, La Bamba, Rush Hour, The Incredibles, and Lone Star. For her work in Lone Star, she won the 1996 Independent Spirit Award for Best Supporting Female and a Bravo Award for Outstanding Actress in a Feature Film. Pena had starred as Dora Calderon in I Married Dora, a sitcom in 1987. She also had guest appearances in shows like CSI: Miami, Major Crimes, Ghost Whisperer and American Dad. Born Elizabeth Maria Peña on September 23, 1959 in Elizabeth, New Jersey, to Cuban immigrants Mario and Estella Margarita Peña, she was of Cuban descent, and spent her early years in Cuba. Her family moved to New York City when she was just eight years old. She attended and graduated from Manhattan’s High School for the Performing Arts in 1977. Pena had two children with Hans Rolla: Kaelan and Fiona Rolla. Peña died at the age of 55 on October 14, 2014 at Cedars-Sinai Medical Center in Los Angeles, California at the age of 55. 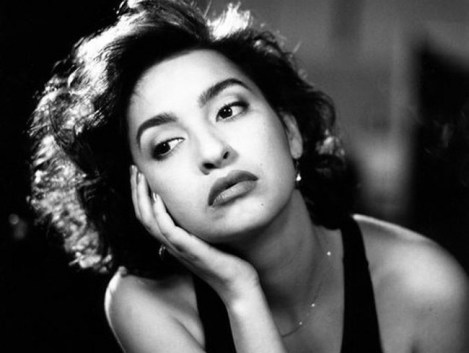 Elizabeth Pena Facts:
*She was born on September 23, 1959 in Elizabeth, New Jersey, USA.
*She was of Cuban descent.
*She made her film debut, El Super (1979).
*She was a founding member of the Hispanic Organization of Latin Actors.
*Classmates with Esai Morales and Ving Rhames.