Jane Leeves is an English actress. She is best known for playing Daphne Moon on the NBC sitcom Frasier, for which she was nominated for an Emmy Award and a Golden Globe Award. She is also known for her appearance on TV Land’s sitcom Hot in Cleveland. Her other television credits include Throb, Murphy Brown, Seinfeld, and Misconceptions. She has also appeared in the films Miracle on 34th Street, James and the Giant Peach, Music of the Heart, and The Event. In 2018, Leeves began starring as orthopaedic surgeon Kitt Voss in the Fox medical drama, The Resident. Born Jane Elizabeth Leeves on April 18, 1961 in Ilford, Essex, England, to parents Ruth and Colin Leeves, her siblings are Richard, Alison, and Katie. Leeves attended Bush Davies School of Theatre Arts. She made her screen debut with a small role in 1983 on the British comedy television show The Benny Hill Show, and appeared as a dancer in Monty Python’s The Meaning of Life. She has been married to Marshall Coben since December 12, 1996. They have two children. 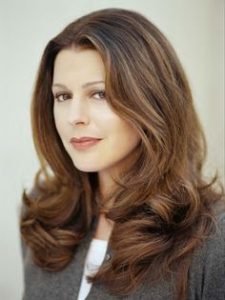 Jane Leeves Facts:
*She was born on April 18, 1961 in Ilford, Essex, England, UK.
*Her parents are Ruth Leeves and Colin Leeves.
*She was a ballet dancer at the Bush Davies School of Dance.
*Played “Daphne” in the award-winning show “Frasier” from 1993 to 2004.
*She is friends with Valerie Bertinelli.
*She posed in an ad for the NOH8 Campaign, which supports the LGBT community in January 2012.
*Her husband, Marshall Coben, is a CBS Paramount Television executive.
*Follow her on Twitter and Instagram.