Elizabeth Perkins is an American actress, best known by the public for her role as Celia Hodes in the Showtime TV series Weeds. Her film roles include The Flintstones, Big, Miracle on 34th Street, About Last Night…, and Avalon. She was born Elizabeth Ann Perkins, on November 18, 1960, in Queens, New York to Pamela Perkins and James Perkins. She belongs to Greek and English descent. She graduated from DePaul University in 1981, with a BFA acting certificate. She has been married to Julio Macat since 2000. She was previously married to Terry Kinney. She has a daughter, Hannah Jo Phillips with Maurice Phillips. 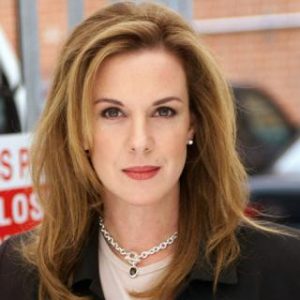 Elizabeth Perkins Facts:
*Her father was a businessman, farmer, and writer, and her mother was a concert pianist and drug treatment counselor.
*She made her film debut in About Last Night (1986).
*She is an animal lover. She has one dog named Buster and another named Lulu.
*Visit her official website: www.elizabeth-perkins.org
*Follow her on Twitter and Facebook.