English actress and model Ellie Bamber, who is known for her portrayal of Lydia Bennet in the film Pride and Prejudice and Zombies. She has also starred in Nocturnal Animals alongside Amy Adams. Born as Eleanor Elizabeth Bamber in Surrey, England, she has a younger brother named Lucas. 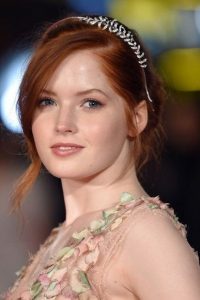 Ellie Bamber Facts:
*She began her acting career when she was 12.
*She made her TV debut in 2012 on A Mother’s Son.
*She has a younger brother named Lucas.
*To learn her dialogues and perfect her accent, she prefers to write them down and chant out loudly.
*Follow her on Twitter and Instagram.