Donia Samir Ghanem is an actress and singer from Cairo, Egypt. She is known for her roles in television, such as Ahzan Mariam and Al Kabeer, and in the films Teer enta and 365 Days of Happiness. She was born in January 1, 1985 in Cairo, Egypt the daughter of actor Samir Youssef Ghanem and actress Dalal Abdulaziz. She has a sister, Amy Samir Ghanem, who is also an actress. She has been married to Ramy Radwan since 2013. Together they have one daughter, Kaila Radwan. 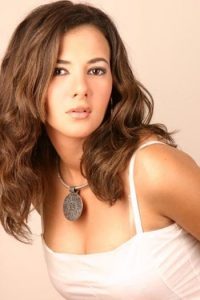 Donia Samir Ghanem Facts:
*She is the daughter of actor Samir Youssef Ghanem and actress Dalal Abdulaziz, and sister of Amy (Amal)
*She began her acting career when she was 10.
*She had her first role in a TV show called “Justice has many faces”
*She was a judge on the fourth season (2015) of The X Factor Arabia. Along with Ragheb Alama and Elissa.
*Follow her on Twitter, Facebook, Google+, YouTube, and Instagram.