Elliott Yamin is an American singer who placed third on the fifth season of American Idol. He is best known for his hit single “Wait for You”. Elliott’s self-titled album, released March 20, 2007, debuted at No. 1 on the Billboard Top Independent Albums chart and at No. 3 on the Billboard 200. The album was certified gold in the United States in October 2007. Born Efraym Elliott Yamin on July 20, 1978 in Los Angeles, California, he is the son of Shaul Yamin, an Israeli Jew of Iraqi Jewish descent, and Claudette Goldberg Yamin, a Jewish American of Ashkenazi descent. His family moved to Richmond, Virginia when Elliott was 11. His parents got divorced when he was fourteen years old. He attended school in Richmond at Tuckahoe Middle School, and later, Douglas S. Freeman High School. He stands 5 feet 6 inches tall and weighs 150 pounds. 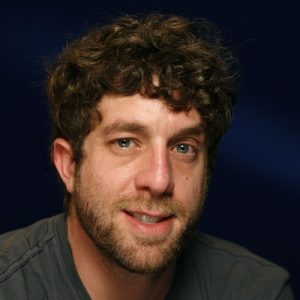 Albums: Fight for Love, My Kind of Holiday, Elliott Yamin, Let’s Get to What’s Real, Best For You, AS TIME GOES BY

Elliott Yamin Facts:
*He was born on July 20, 1978 in Los Angeles, California, USA.
*His father is an Israeli Jew, of Iraqi Jewish descent and his mother was a Jewish American, of Ashkenazi descent.
*He began singing when he was 5 and he has had no formal vocal training.
*His parents divorced when he was 14.
*He is 90% deaf in one ear.
*He performed the National Anthem a cappella at Game 2 of the NBA finals in June of 2006.
*His favorite song is “Moody’s Mood For Love” by James Moody.
*He loves to play basketball and work out.
*He is allergic to cats.
*Follow him on Twitter, YouTube, Facebook and Instagram.