Emilie de Ravin is an Australian-American actress. She is best known for starring as Tess Harding in the teen television series Roswell, Claire Littleton in the ABC drama Lost and Belle in the ABC drama Once Upon a Time. She is also known for her roles in the films Santa’s Slay, Brick, The Hills Have Eyes, Remember Me, Public Enemies, and Ball Don’t Lie. In addition to acting, Emilie has appeared on several magazine covers including US’ Entertainment Weekly, FHM, InStyle Weddings, 944 and Life. She has also appeared in advertising campaigns for JCPenney and Hanes, and has modeled for Stuff, CosmoGirl and BPM Culture. She ranked #47 in 2005, #65 in 2006 and #68 in 2008 in Maxim’s Hot 100 list. Born on December 27, 1981 in Mount Eliza, Australia, Emilie has two older sisters. She studied ballet since the age of nine at Christa Cameron School of Ballet in Melbourne, and was home schooled by her mother. She studied acting at Australia’s National Institute of Dramatic Art (NIDA), and with the Prime Time Actors Studio in Los Angeles. She was married to Josh Janowicz from 2003 to 2014. She has been in a relationship with Eric Bilitch since 2014. They have a daughter Vera and son Theodore. 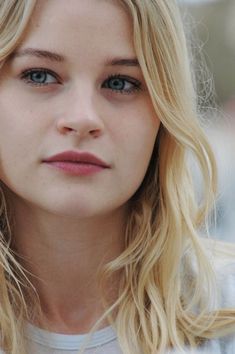 Emilie de Ravin Facts:
*She was born on December 27, 1981 in Mount Eliza, Australia.
*At 15, she was accepted into the Australian Ballet School.
*She is close friends with Maggie Grace and Dominic Monaghan.
*She has been included on Maxim’s Hot 100 list three times.
*She became an American citizen in January 2018.
*She is allergic to peanuts.
*She enjoys hiking and gardening.
*She has a dog named Bella.
*Follow her on Twitter, Facebook and Instagram.