Emily Baldoni is a Swedish actress, best known for her performance in the 2013 film “Coherence”. She is also known for her roles in the films The Lost Tribe, Grizzly Park and Killer Pad. Her television credits include How I Met Your Mother, Legend of the Seeker, Rules of Engagement, Reckless, and Major Crimes. Born Emily Malou Fuxler on August 3, 1984 in Uppsala, Sweden, she belongs to Scandinavian descent. She made her theatrical film debut in the 2008 comedic horror movie Killer Pad. She is married to actor and director Justin Baldoni with whom she has a daughter named Maiya and a son named Maxwell. 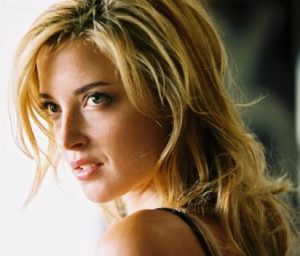 Emily Baldoni Facts:
*She was born on August 3, 1984 in Uppsala, Uppsala län, Sweden.
*She is left-handed.
*She is a dual Swedish/American citizen.
*She speaks English Swedish, Russian, French and Italian fluently.
*Follow her on Twitter, Facebook and Instagram.