Emily Procter is an American actress born in Raleigh, North Carolina. She is best known for her roles in the CBS police drama CSI: Miami as Det. Calleigh Duquesne and in the NBC political drama The West Wing as Ainsley Hayes. She played Amanda Callaway in the television series, White Collar. She has made guest appearances in a number of sitcoms, such as Friends and Lois & Clark: The New Adventures of Superman. She worked as a guest judge on the Home & Garden Television show Summer Showdown. Born Emily Mallory Procter on October 8, 1968 in Raleigh, North Carolina, she was adopted as an infant by William Procter and Barbara Jones. She has an older brother named Whit, who is also adopted. She was educated at Ravenscroft School and East Carolina University. Since 2008, she has been in a relationship with Paul Bryan. Together they have one daughter, Philippa “Pippa” Frances, born in 2010. 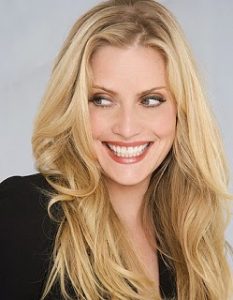 Emily Procter Facts:
*She and her older brother were both adopted.
*She earned her degrees in journalism and dance at East Carolina.
*In 2008, she began dating musician Paul Bryan.
*She is good friends with Jorja Fox.
*Being an avid poker player, she has participated in at least one celebrity poker tournament.
*Visit her official website: www.emilyprocter.com
*Follow her on Twitter and Instagram.