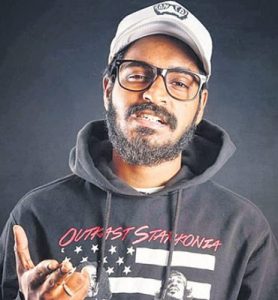 Emiway Bantai Facts:
*He was born on November 13, 1995 in Bengaluru, Karnataka, India.
*During his childhood, Emiway wanted to become a doctor.
*He started rapping in English language.
*He adopted his stage name “Emiway” from the combination of the names of Eminem and Lil Wayne.
*He has his own label called The Bantai Studio.
*He enjoys playing football and dancing.
*Follow him on Twitter, YouTube, Facebook and Instagram.