American rapper and actor who has released five studio albums, two mixtapes, 43 singles and 48 music videos. In October 2009, Hopsin released his debut studio album entitled, Gazing at the Moonlight, through Ruthless Records. The album was a commercial failure, selling only 42 copies in its first week. In 2009, he formed a new label, Funk Volume, with Damien Ritter and released a mixtape with SwizZz entitled, Haywire, and his second studio album, Raw, in 2009 and 2010, respectively. His third studio album, Knock Madness, was released in 2013, and entered the Billboard 200 at number 132 and later rose to number 76 the following week. The album spawned the singles: “Ill Mind Six: Old Friend”, “Hop Is Back”, and “Rip Your Heart Out”. In July 2015, Hopsin released his fourth studio album, Pound Syndrome, which entered at number 17 on the US Billboard 200. The album spawned the singles: “Ill Mind of Hopsin 7”, “Crown Me”, and “Fly”. Hopsin also acted as a minor character in an episode of That’s So Raven, made a guest appearance in the movie Fame and starred in the independent movie, Bomb The World. Born on July 18, 1985 in Panorama City, California, his real name is Marcus Jamal Hopson. He was raised with two brothers in the largely Hispanic Panorama City neighborhood of Los Angeles. He was educated at James Monroe High School. Hopsin started rapping when he was 16 years old. 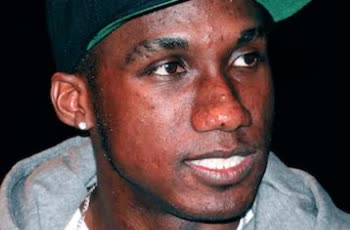 Hopsin Facts:
*He was born on July 18, 1985 in Panorama City, California, USA.
*He has been an avid skateboarder since the age of twelve, and many of his music videos feature him skateboarding.
*He started rapping at the age of 16.
*He is well known for performing with white contacts in his eyes.
*He was signed to Ruthless Records in 2007.
*He founded his own record label, Funk Volume, in 2009.
*He credits Eminem as a major influence that initially got him interested in hip hop music.
*Follow him on Twitter, YouTube, Facebook and Instagram.