Emma Catherwood is a Welsh actress and former model. She is best known for her roles as Jo in the 2001 British crime film My Kingdom, and Penny Valentine on the BBC One medical series Holby City. Born on December 7, 1981 in Wales, she later moved to London, England. Catherwood made her feature film debut in Large for FilmFour (2001). 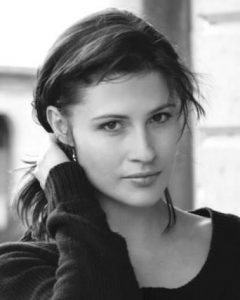 Emma Catherwood Education:
She studied the Meisner technique in London, and has degrees in English literature and Art History.

Emma Catherwood Facts:
*She was born on December 7, 1981 in Wales, United Kingdom.
*She worked as a fashion model.
*She has college degrees in literature and art history.
*In 2001, she made her feature film debut in Large for FilmFour.
*Follow her on Twitter, Facebook and Instagram.