Emma Caulfield is an American actress of film and television. She is best known for portraying Anya Jenkins on the television series Buffy the Vampire Slayer from 1998 to 2003, and as Susan Keats on the television series Beverly Hills, 90210. Her film credits include Darkness Falls (2003) and TiMER (2009). Born Emma M. Chukker on April 8, 1973 in San Diego, California, to Denise and Rodney Chukker, she belongs to Luxembourgian, German, English and Portuguese descent. She began studying drama at the La Jolla Playhouse in California. She has been married to Mark Leslie Ford since 2017. Together they have one daughter, Knightley Lake Ford. She was previously married to Cornelius Grobbelaar for three years. 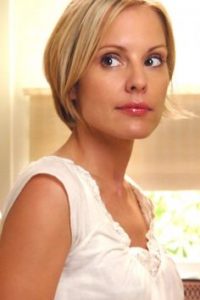 Emma Caulfield Facts:
*She was born on April 8, 1973 in San Diego, California, USA.
*Her mother was a professional singer.
*She ranked #86 in 2002 and #98 in 2003 in 100 Sexiest Women in the World editions.
*She is good friends with Alyson Hannigan, Karri V. Bowman, Anthony Head, Seth Green and Tom Lenk.
*Follow her on Twitter and Myspace.