Emma Samms is a British actress and television presenter. She is best known for television roles as Holly Sutton on the American daytime soap opera General Hospital, and as Fallon Carrington Colby on the prime time soap opera Dynasty. She played Amanda Clay in the British medical soap opera Doctors. Her film credits include Arabian Adventure, The Shrimp on the Barbie, Delirious, The Marksman, and Vendetta. In June 2014, Samms took part in the BBC One gymnastics series Tumble. Born as Emma Elizabeth Wylie Samuelson on August 28, 1960 in London, England, to parents Madeleine and Michael E. W. Samuelson, she was raised in the Jewish religion. She has one sister and two brothers. She trained as a ballet dancer at the Royal Ballet School but stopped dancing at fifteen after a hip injury. She has been married three times and is the parent of two children: Cameron and Beatrice. 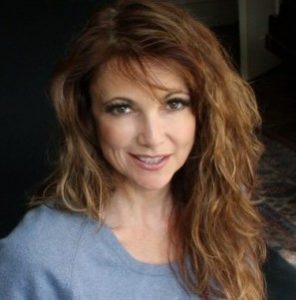 Emma Samms Facts:
*She was born on August 28, 1960 in London, England.
*She declined the offer to be Playboy’s centerfold twice.
*She used to work as a certified emergency medical technician in Los Angeles.
*She was once engaged to Marvin Hamlisch.
*Her acting mentors are Rachel Ames, Anna Lee, John Forsythe and Charlton Heston.
*Follow her on Twitter.