Emma Stone is an award-winning actress who has starred in such films as “The Amazing Spider-Man”, “Zombieland”, “The Help”, “Superbad”, “Easy A”, “Birdman”, “Crazy, Stupid, Love”, and the 2016 film “La La Land”, for which she won an Academy Award. She made her feature film debut in Superbad. She was born on November 6, 1988 in Scottsdale, Arizona, USA as Emily Jean Stone. She is the daughter of Krista, a homemaker, and Jeffrey Charles Stone, a contractor, and older sister to Spencer Stone. She belongs to Swedish, Scottish, German, Irish, and English descent. In 2011, she began dating American-British actor Andrew Garfield, with whom she starred in The Amazing Spider-Man. They broke up in October 2015. 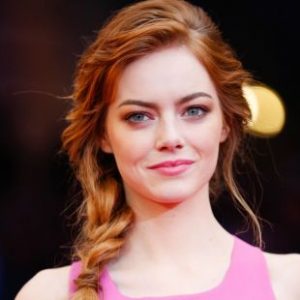