Eric Allan Kramer is an American character actor. He is best known for his portrayal of Dave Rogers on The Hughleys and Bob Duncan on Good Luck Charlie. He is also known for his roles as Little John in Robin Hood: Men in Tights, Bear in American Wedding, and Boris, bodyguard to producer Lee Donowitz, in True Romance. He also starred as Ator in the 1990 film Quest for the Mighty Sword and played Thor in NBC’s television film The Incredible Hulk Returns and a Russian baseball player in the television movie The Comrades of Summer. Kramer’s other notable television appearances include: Two and a Half Men, CSI: Crime Scene Investigation, NewsRadio, Wizards of Waverly Place, Growing Pains, Cheers, Empty Nest, Blossom, JAG, Roseanne, Murder, She Wrote, Seinfeld, That ’70s Show, Ellen, Monk, Jack and Bobby, Phil of the Future, How I Met Your Mother, The King of Queens, My Name Is Earl, and Will and Grace. He also appeared as Iron Mike Wilcox in the 2019 video game Days Gone. Born on March 26, 1962 in Grand Rapids, Michigan, his father, Roger Kramer, is a former CFL player. He did his schooling from ‘Jasper Place High School’ in Alberta, Canada, and earned his BFA degree from the ‘University of Alberta’ in Edmonton. He made his acting debut in television film The Gunfighters (1987). 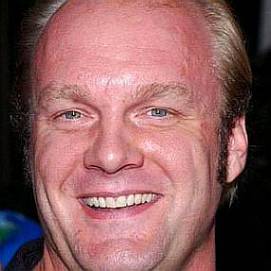 Eric Allan Kramer Facts:
*He was born on March 26, 1962 in Grand Rapids, Michigan, USA.
*He is the son of former professional Canadian football player Roger Kramer.
*He was educated at Jasper Place School and University of Alberta.
*He played Dave Rogers on The Hughleys and Bob Duncan on Good Luck Charlie from 2010 to 2014.
*Became the first actor to play the Marvel comics character Thor in live action, in The Incredible Hulk Returns (1988).
*Follow him on Twitter and Instagram.