Erica Ash is an American actress, comedian, model and singer. She is best known for her appearances in the television The Big Gay Sketch Show, MadTV, Real Husbands of Hollywood, and Survivor’s Remorse. She has also played prominent roles in the films All I Wish, Jean of the Joneses, Kristy, and Scary Movie 5. She has also done voice work in the video games, Shenmue II and Bloody Roar 4. Born Erica Chantal Ash on September 19, 1977 in Florida, USA to Diann and Donald Ash, she has a sister Adrienne and two brothers, Derrick and Donald B. She graduated from Emory University with the plan to attend medical school. After a trip to Japan, where she became a backup singer and a runway model, she decided to pursue a career in entertainment. 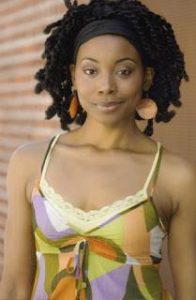 Erica Ash Facts:
*She was born in Florida, USA on September 19, 1977.
*Her parents were both in the military.
*During her youth, she attended a performing arts school in Decatur, Georgia.
*She is friends with Loni Love, and Tisha Campbell-Martin.
*Visit her official website: www.ericaash.com
*Follow her on YouTube, Twitter, Facebook and Instagram.