Erika Christensen is an American actress and singer. She is best known for roles such as Caroline Wakefield in Traffic, Madison Bell in Swimfan, Hannah Kingsley in The Banger Sisters, Anna Ross in The Perfect Score, Fiona in Flightplan, Jessica in How to Rob a Bank, Elise Landry in The Tortured, and Leslie Strobel in The Case for Christ. Her television credits include Parenthood, Wicked City, Six Degrees, The Geena Davis Show, and Thanks. For her performance in the 2000 film Traffic, she received the MTV Movie Award for Female Breakthrough Performance. Born as Erika Jane Christensen on August 19, 1982 in Seattle, Washington, USA to Kathy and Steven Christensen, Erika grew up in suburban Los Angeles, California. She belongs to Norwegian, Danish, English, German, Scottish, Welsh, and Irish descent. She has an older half-brother named Nick and two younger twin brothers named Dane and Brando. She’s Scientologist and was home schooled. She has been married to Cole Maness since 2015. Together they have one daughter, Shane Maness. 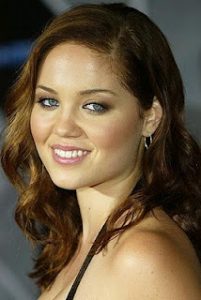 Erika Christensen Facts:
*She was born August 19, 1982 in Seattle, Washington.
*She is of Norwegian, Danish, English, German, Scottish, Welsh, and Irish descent.
*She attended Delphi Academy, a private primary and secondary school in Los Angeles.
*She is a member of the Church of Scientology.
*As a child, she modeled for McDonald’s commercials.
*She is also a talented singer.
*One of People Magazine’s ‘Breakthrough Stars in the World (2001).
*Follow her on Twitter, Facebook and Instagram.