Erika Eleniak is an American-Canadian actress and former model who was the Playboy Playmate of the Month for July 1989. She is best known for her role as Shauni McClain in the television series Baywatch. She also starred in the films Lady Jayne: Killer, Caught in the Headlights, Brilliant, The Blob and The Beverly Hillbillies. The eldest of six children, Erika was born Erika Maya Eleniak on September 29, 1969 in Glendale, California, her father, Dale Alan Eleniak, is from Canada and is of Ukrainian descent, and her mother, Iris Maya (Neggo) Arnold, is of Estonian and German descent. She has four sisters and one brother. She was educated at Robert Fulton Junior High and Van Nuys High School. She began her a career as a child actress, appearing in the 1982 science fiction blockbuster E.T. the Extra-Terrestrial. She was married to Philip Goglia from 1998 to 1999. In 2005, she began dating Roch Diagle with whom she has one daughter, Indyanna. 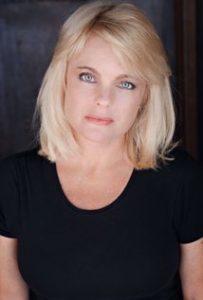 Erika Eleniak Facts:
*She was born on September 29, 1969 in Glendale, California, USA.
*She belongs to Ukrainian, Estonian and German descent.
*She is the eldest of six children.
*She began her acting career when she was just ten years old.
*She was chosen as the Playmate of the Month for the July 1989 issue of Playboy magazine.
*She was once engaged to Billy Warlock.
*Visit her official website: www.realerikaeleniakblog.com
*Follow her on Twitter.