Erin Brown is an American actress, filmmaker, model and musician who has starred in over fifty low-budget films, under the names Misty Mundae and Sadie Lane. At the 2006 Hoboken International Film Festival, she was nominated for Best Actress for her performance in the psychological thriller Sinful. She played Kat in the 2007 horror film The Rage and had a supporting role in the 2007 independent film All Along, a romantic comedy written by and starring Bill Page. She also starred in the 2007 low-budget horror comedy film Splatter Beach. In 2009, Brown began starring as Stephanie in the Cinemax TV series Lingerie. She has also directed her own films. Born Erin DeWright on October 16, 1979 in East St. Louis, Illinois, she is the sister of Chelsea Mundae. Brown worked for adult film production company Factory 2000 from 1997 to 2002. 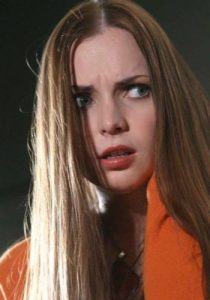 Erin Brown Facts:
*She was born on October 16, 1979 in East St. Louis, Illinois, USA.
*She started her career making films for the underground filmmakers Factory 2000.
*She plays guitar.
*Visit her official website: www.erinbrownofficial.com
*Follow her on Facebook.