Erin Burnett is an American news anchor and journalist, currently the anchor of her own program, Erin Burnett Outfront, on CNN. Prior to joining CNN, Burnet worked for CNBC as co-anchor of Squawk on the Street and the host of Street Signs. She has also appeared on NBC’s Meet the Press, Today, MSNBC’s Morning Joe, and NBC Nightly News as well as making occasional appearances on The Celebrity Apprentice, serving as an advisor to Donald Trump. She has hosted Erin Burnett OutFront live from the border of Mali, Israel, Rwanda, the United Arab Emirates and Afghanistan. She has also reported from Pakistan and China for the program. Born Erin Isabelle Burnett on July 2, 1976 in Mardela Springs, Maryland, to parents sther Margaret and Kenneth King Burnett, she belongs to both Irish and Scottish descent. Burnett attended St. Andrews, a boarding school in Middleton, Delaware, and graduated from Williams College with a Bachelor’s degree in Political Economy in 1998. In 2012, she married David Thomas Rubulotta, an executive with Citigroup. They have three children. 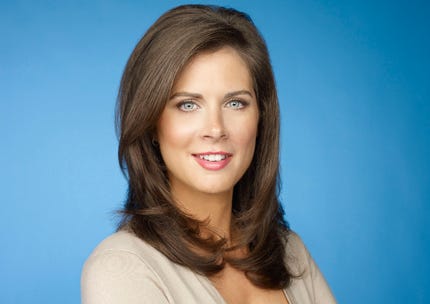 Erin Burnett Facts:
*She was born on July 2, 1976 in Mardela Springs, Maryland, USA.
*She is the youngest of three children.
*She grew up on a farm in the small town of Mardela Springs, Maryland.
*As a child, she played the piano.
*Her role model was Amelia Earhart while growing up.
*She used to work as an investment banker at Goldman Sachs.
*She has her own show on CNN titled Erin Burnett OutFront.
*She received the SALDEF Excellence in Media Award at the 2012 SALDEF National Gala in Washington, DC.
*She can whistle.
*Follow her on Twitter and Instagram.