Erin Wasson is an American supermodel, stylist, actress and designer who has appeared in campaigns for many important fashion houses such as Gucci, Chanel, Dolce & Gabbana, Michael Kors, Giorgio Armani, Balenciaga, and Cavalli. She has also appeared on the cover of fashion magazines such as French, Spanish, Russian and Australian Vogue, French Elle, Flair, Numero, Allure, and Esquire, and has worked with such notable photographers as Mario Testino, Peter Lindbergh, Steven Meisel, Nan Goldin, Patrick Demarchelier and Ellen Von Unwerth. She walked in the Victoria’s Secret Fashion Show in 2007. As an actress, she appeared as the vampire Vadoma in the 2012 horror film Abraham Lincoln: Vampire Hunter. In 2012 she appeared in the music video for “Madness” by rock trio Muse. Born Erin Elizabeth Wasson on January 20, 1982 in Irving, Texas, USA, to parents Christine Ellen Rountree and Mark Steven Wasson, she’s represented by the agencies IMG Models, Elite Model Management, and Kim Dawson Agency. 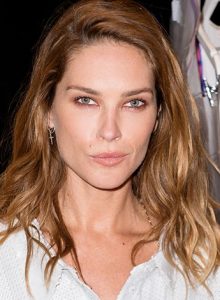 Erin Wasson Facts:
*She was born on January 20, 1982 in Irving, Texas, USA.
*She became the international face of Maybelline in 2002.
*She walked the Victoria’s Secret Fashion Show in 2007.
*She appeared in the 2011 Pirelli Calendar, photographed by Karl Lagerfeld.
*She has her own jewelry line called Low Luv.
*She enjoys basketball and surfing.
*She got married to Barthelemy Tassy in 2018.
*Visit her official website: www.erinwasson.com
*Follow her on Twitter, Facebook and Instagram.