Actress and comedian Erinn Hayes is most famous for her portrayal of Dr. Lola Spratt on Adult Swim’s Emmy-winning comedy, Childrens Hospital. She has also starred in the CBS sitcom Kevin Can Wait. Her role as Donna Gable on a network sitcom was her biggest role to date. Hayes was born as Alexandra Erinn Carter in San Francisco, California, USA. She married Jack Hayes in July 2004. They have two children. 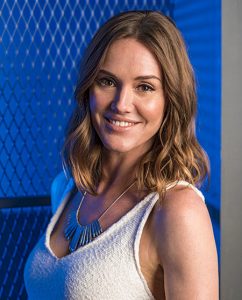 Erinn Hayes Education:
She attended the University of Colorado Boulder for her Bachelor’s degree, where she studied Fine Arts in Performance.

Erinn Hayes Facts:
*She was discovered by Canadian film director and producer David DeCoteau and cast in the film, Final Stab (2001).
*In 2012, she had her first feature film role in the black comedy It’s a Disaster.
*Follow her on Twitter and Instagram.