Ethan Klein is an American YouTuber who operates the YouTube channel ‘h3h3Productions’, where he posts prank and reaction videos, alongside his wife, Hila Klein. h3h3Productions has gained more than 6.2 million subscribers since it started in April 2011. He and his wife Hila also run a comedy podcast channel called Ethan and Hila. Born Ethan Edward Klein on June 24, 1985 in Ventura, California, USA, to an Ashkenazi Jewish family, he is the son of Gary and Donna Klein. He attended Buena High School, and studied English Literature at the University of California, Santa Cruz from 2004 to 2009, and he graduated with a Bachelor of Arts degree in creative writing. Ethan met Hila while he was visiting the Holocaust Museum in Jerusalem at the time on his Birthright Israel trip. They married in 2012. He and Hila are currently expecting their first child together. 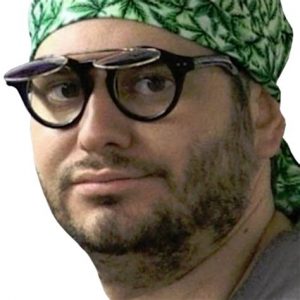 Ethan Klein Facts:
*He was born on June 24, 1985 in Ventura, California, USA.
*Co-host of the comedy YouTube channel h3h3Productions alongside his wife Hila Klein.
*He is the biological grandson of Leonard Katzman, film and television producer.
*He has a Yorkshire terrier named Shredder.
*Website: www.h3h3productions.com
*Follow him on Twitter, YouTube and Instagram.