Felix von Jascheroff is a German singer, actor and voice actor. He is best known for his role as John Bachmann on the popular soap opera Gute Zeiten, schlechte Zeiten. He was a contestant in the 2015 RTL show Stepping Out with his girlfriend Lisa Steiner, where he finished 5th. In April 2017, Jascheroff took part in the Sat.1 TV show Celebrity Relays. Born on August 29, 1982 in Berlin, Germany, he is the son of actors Mario von Jascheroff and Juana-Maria von Jascheroff, and older brother to actor Constantin von Jascheroff. He has been married to Bianca Bos since 2016. He was previously married to his GZSZ co-star, Franziska Dilger from 2007 to 2009. 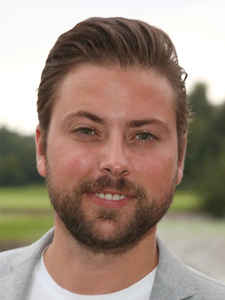 Felix von Jascheroff Facts:
*He was born on August 29, 1982 in Berlin, Germany.
*His parents are Mario von Jascheroff and Juana-Maria von Jascheroff.
*His younger brother, Constantin, also became an actor.
*He took part in the RTL show Stepping Out with his girlfriend Lisa Steiner in September 2015.
*Follow him on Facebook and Instagram.