Fernanda Castillo is a Mexican actress. She is best known for her portrayal of Mónica Robles in the Telemundo series, El Señor de los Cielos, for which she was nominated for several awards and won two Premios Tu Mundo as Favorite Lead Actress. She is also known for her roles as Daniela Montalvo in Destilando amor, Viviana del Valle in Amor bravío, Luisa Barrera in Teresa, co-starring Angelique Boyer and Sebastián Rulli. She has also starred in the films Una mujer sin filtro, Dulce familia, Ya veremos, and Mi pequeño gran hombre. In 2018, Castillo began starring in the telenovela Enemigo íntimo. 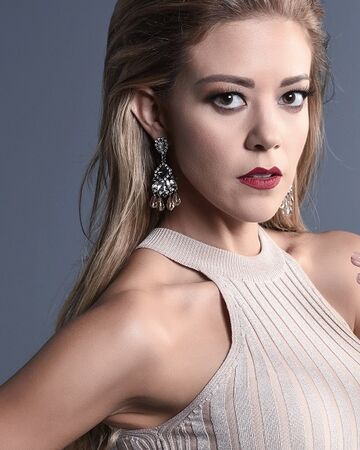 Born María Fernanda Castillo García on March 24, 1982 in Hermosillo, Mexico, her mother’s name is Cecilia García. She has one brother named Pablo. Castillo attended the Centro de Educación Artística of Televisa for three years and graduated in 2003. She has been in a relationship with Erik Hayser since 2014. They have a son together.

Fernanda Castillo Facts:
*She was born on March 24, 1982 in Hermosillo, Mexico.
*She began her career by training at Televisa’s acting school.
*She played the role of Mónica Robles in the first five seasons of the series El Señor de los Cielos.
*She is a collector of candles and hats.
*Follow her on Twitter, Facebook and Instagram.