Fernando Verdasco is a Spanish professional tennis player born in Madrid, Spain. He achieved his career’s best ranking on April 20, 2009, which was #7. He turned professional in 2001, and reached the finals of the 2009 Australian Open where he was defeated by Rafael Nadal in five sets. He won three Davis Cup titles in 2008, 2009 and 2011 with the national tennis team of Spain. Born in Glasgow, Scotland, on November 15, 1983, to Olga Carmona and José Verdasco, Fernando Verdasco Carmona began playing tennis at age 4. He has two younger sisters, Sara and Ana. 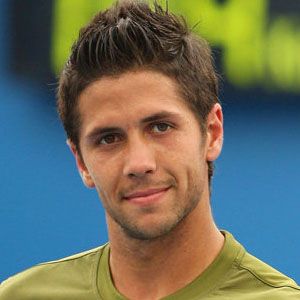 Fernando Verdasco Facts:
*At age 4, he started playing tennis.
*His parents own restaurants in Madrid.
*He is a Real Madrid fan.
*His fitness trainers are Jesus Rivera-Huidobro and Claudio Soliva
*He is good friends with actor Miguel Ángel Muñoz.
*He has a dog named ‘Bono Bono.’
*He enjoys spending free time in Miami.
*Follow him on Twitter, Facebook and Instagram.