Gabriel Chavarria is an American actor. He is best known for his portrayal of Jacob Aguilar on Hulu’s East Los High, and for his role as Miguel Guerrero in the USA Network/Syfy series “The Purge”. His notable film appearances include: Lowriders, War for the Planet of the Apes, and Hunter Killer. Born on April 29, 1989 in United States, to Honduran immigrants and he was raised in California. Chavarria was educated at John Marshall High School. He made his debut as Tito in the 2007 film Freedom Writers, directed by Richard LaGravenese. 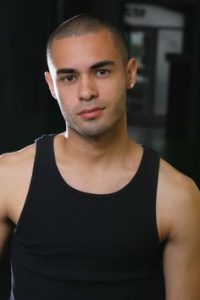 Gabriel Chavarria Facts:
*He was born on April 29, 1989 in United States.
*Growing up, he was a promising athlete and was a reserve member of a Honduran soccer team.
*He made his film debut in Freedom Writers (2007).
*He has his own independent music label G & B Music Group.
*Follow him on Twitter, Facebook and Instagram.