Gage Golightly is an American actress. She is best known for her portrayal of Hayley Steele on Nickelodeon’s The Troop, and for her role as Erica Reyes on the MTV series Teen Wolf. She played Thea Grant in the TNT series Heartland and had a recurring role in the CW series Ringer. From 2014 to 2017, Golightly portrayed Karen on Red Oaks. The youngest of four children, Golightly was born on September 5, 1993 and was raised in Penn Valley, California. She attended Laurel Hall Middle School and Flintridge Sacred Heart Academy in La Cañada Flintridge, California. She made her film debut in the 2002 motion picture Speakeasy at the age of 9. From February 2011 to November 2011, she dated singer James Maslow. 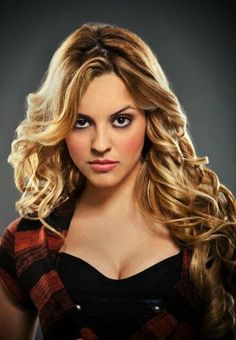 Gage Golightly Facts:
*She was born on September 5, 1993 in California, USA.
*She has three older siblings, a sister and two brothers.
*In September 2012, she adopted a dog named Ellie.
*She has pet dogs; Santa and Bowie Golightly.
*Follow her on Instagram.