Gavin McInnes is a Canadian writer, actor, comedian and television personality. He is best known as the co-founder of Vice Media and Vice Magazine and the founder of the Proud Boys, a Western Chauvanist men’s organization. He is the host of Get Off My Lawn on Conservative Review and a contributor to Taki’s Magazine and a former contributor to The Rebel Media. Born Gavin Miles McInnes on July 17, 1970 in Hitchin, England, to Scottish parents, Loraine and James McInnes, his family immigrated to Canada when he was four years old. He attended Ottawa’s Earl of March Secondary School and Carleton University. He graduated from Montreal’s Concordia University in 1994 with a bachelor’s degree in English. In 1999, he immigrated to the US from Canada. In 2005, he married Emily Jendrisak a Manhattan-based publicist and consultant. McInnes is the father of a daughter and two sons. 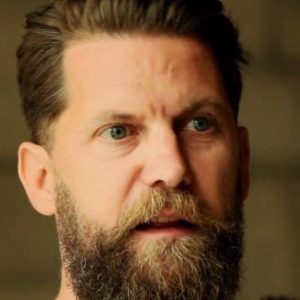