Gemma Arterton is an English actress born in Kent, England. She is best known for roles such as Kelly Jones in St Trinian’s, Strawberry Fields in Quantum of Solace, Lo in Clash of the Titans, Princess Tamina in Prince of Persia: The Sands of Time, and Gretel in Hansel and Gretel: Witch Hunters. She played Clara in the 2012 Irish horror fantasy thriller film Byzantium. For her work in Quantum of Solace, she received an Empire Award for Best Newcomer. Born Gemma Christina Arterton on February 2, 1986 in Gravesend, Kent, England, to Sally-Anne Heap and Barry Arterton, she was raised by a single mother. She has a younger sister Hannah Arterton, who is also an actress. She is a 2008 graduate of Royal Academy of Dramatic Art. She made her film debut in the 2007 comedy film St Trinian’s. She was married to Stefano Catelli from 2010 to 2013. In 2013, she began dating Franklin Ohanessian, a French assistant director. 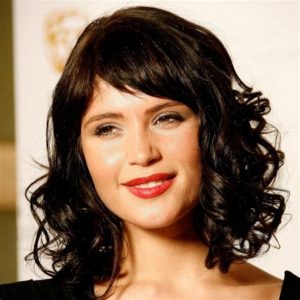 Gemma Arterton Facts:
*She was born with polydactyly.
*She is the daughter of a welder, and a cleaner.
*She was born with an eleventh finger.
*Her parents divorced when she was five years old.
*She learned French while shooting Gemma Bovery.
*She used to work as a makeup salesgirl during her time in Royal Academy of Dramatic Art.
*She is a huge fan of Kate Bush.
*She is a supporter of Charlton Athletic Football Club.
*Follow her on Twitter and Facebook.