Petri Hawkins-Byrd is an American television personality. He is best known for his role as bailiff on the arbitration-based reality court show Judge Judy. Born Petri Adonis Byrd on November 29, 1957 in Brooklyn, New York, USA, he is the oldest child in his family. He began his career as a Special Deputy U.S. Marshal in San Mateo, California. After graduating from Eastern District High School, he attended Hostos Community College in The Bronx. In 1989, he received a criminal justice degree from John Jay College. He was married to his high school girlfriend Felicia, with whom he has four children. 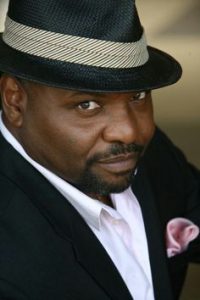 Petri Hawkins-Byrd Facts:
*He was born on 29 November 1957 in Brooklyn, New York.
*He belongs to African-American descent.
*From 1992 to 1996, he worked as a student counselor at Monta Vista High School in Cupertino, California.
*Visit his official website: www.petrihawkinsbyrd.com
*Follow him on Twitter, Facebook and Instagram.