Georgia Salpa is a Greek-Irish glamour model and reality star who appeared in the 2012 season of the reality show, Celebrity Big Brother. One of the most high-profile glamour models in Ireland, Salpa ranked #5 in 2012 and #25 in 2014 in FHM’s 100 Sexiest Women in the World editions. She was featured as “cover girl” for FHM’s 2013 “100 sexiest women” publication. 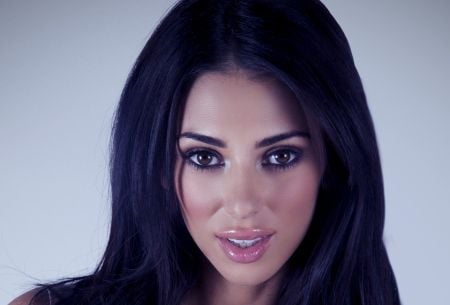 Born on May 14, 1985 in Athens, Greece, to parents Marie Butler and Nikos Salpa, she is of Greek descent on her father’s side, and of Irish descent on her mother’s side. She began modelling before leaving secondary school. In 2015, Salpa married millionaire British hedge-fund manager Joe Penna. They have three children.

Georgia Salpa Facts:
*She was born on May 14, 1985 in Athens, Greece.
*She began her modeling career at the age of fourteen after she was spotted in the streets by a talent scout from Select Model Management.
*She appeared on the UK series Celebrity Big Brother in 2012.
*She launched her own line of dresses under her own name in 2011.
*She launched a range of fake eyelashes and nails under her name in 2012.
*Follow her on Twitter, Facebook and Instagram.