Geraldine Galvan is a Mexican actress and singer. She is best known for her role as Angela in the children’s television series Barney & Friends. She played Jennifer Contreras in Por ella soy Eva in 2012. She’s also played memorable roles in such telenovelas as Mentir para vivir and Reina de corazones. Her films credits include Abel and The Spy Next Door. Born Geraldine Alejandra Galván Correa on August 30, 1993 in Mexico City, Distrito Federal, Mexico, she comes from a family of artists. She attended the Centro Educacion Artistica Televisa. 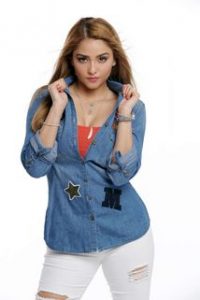 Geraldine Galvan Facts:
*She began her acting career at age 4.
*She had her first role starring in television, in the TV series El noveno mandamiento in 2001.
*She has a dog named Tasha.
*Follow her on Twitter, Facebook and Instagram.