Geraldine Hakewill is an Australian television and film actress. She is best known for starring role as Chelsea Babbage in the 2016 Australian drama series Wanted. She played Beth in the 2010 Australian film Uninhabited and starred in the in the 2011 Australian thriller film Wasted on the Young. Hakewill has also appeared in multiple productions for the Sydney Theatre Company, Belvoir St Theatre and Bell Shakespeare Company. Born on July 13, 1987 in Paris, France, Hakewill graduated from the Western Australian Academy of Performing Arts. She auditioned five times for her lead role as Chelsea on Wanted. 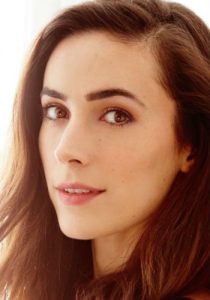 Geraldine Hakewill Facts:
*She was born in Paris, France on July 13, 1987.
*She starred opposite Rebecca Gibney in Seven Network’s drama Wanted.
*She was nominated for her first Logie Award for most outstanding new talent.
*Follow her on Instagram.