Gilles Marini is a French actor of Italian and Greek descent. He is notable for his roles in the film Sex and the City, and in the American television shows Brothers & Sisters, Switched at Birth, Days of Our Lives and Devious Maids. Marini was also the runner-up in eighth season of the American televised ballroom dancing competition Dancing with the Stars, and was one of the returning celebrities in season fifteenth. He has also appeared in many television commercials and print ads for companies like Budweiser, Chrysler, Fila, GNC, Clairol, Coca Cola, Ross, Infiniti, Mervins, Avon, Lord and Taylor, Robinsons May, etc. 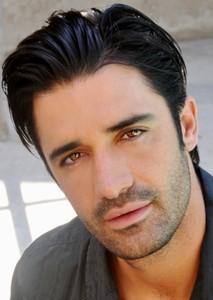 Gilles Marini Facts:
*He was born on January 26, 1976 in Grasse, France, to a Greek mother and Italian father.
*He used to work as a baker in his father’s bakery from the age of eight.
*He made his acting debut in the 2005 horror film Screech of the Decapitated.
*He was a French co-host on the Netflix show Ultimate Beastmaster.
*He competed on the eighth season of the American televised ballroom dancing competition Dancing with the Stars.
*He enjoys playing soccer as part of a neighborhood team.
*He married Carole Marini in 1998 and he has two children, Georges and Juliana.
*Visit his official website: www.gillesmarini.com
*Follow him on Twitter, Facebook and Instagram.