Gillian Zinser is an American actress. She is best known for her portrayal of Ivy Sullivan on The CW teen drama series 90210. She has appeared as a guest-star in several television series such as Blindspot, Stumptown, Southland and Cupid. Her films credits include Savages, Liars All, Asthma, Worthy, Ecstasy, Halfway, and Band Aid. Born Gillian Amalia Zinser on November 4, 1985 in New York City, New York, Zinser grew up in Washington, D.C. She attended New York University in New York City, NY. She made her acting debut on a 2009 episode of the series Cupid. In 2011, she began dating Luke Grimes. 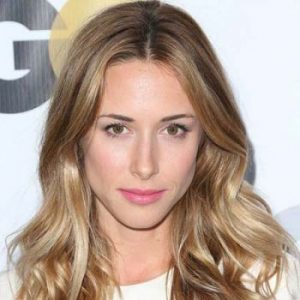 Gillian Zinser Facts:
*She was born on November 4, 1985 in New York, USA.
*Her first television appearance was in 2009 in an episode of the Cupid.
*From 2009–2012, she played Ivy Sullivan on The CW teen drama series 90210.
*She collects hats from various destinations from her trips all over the world.
*Visit her official website: www.gillianzinser.net
*Follow her on Twitter, Facebook and Instagram.