American actress Gina Rodriguez is most famous for her portrayal of Jane Villanueva in the CW comedy-drama series Jane the Virgin. She is also known for her roles as Majo Tenorio in musical drama film Filly Brown, and Beverly in the soap opera The Bold and the Beautiful. She played Andrea Fleytas in Deepwater Horizon. Gina was born to Magali and Genaro Rodriguez, a boxing referee, on July 30, 1984 in Chicago, Illinois, USA as Virginia Ernestine Rodriguez. She is of Puerto Rican descent, and has two sisters, Ivelisse Rodriguez Simon, an investment banker, and Rebecca, a doctor. 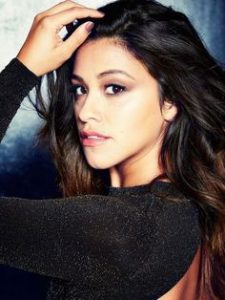 Gina Rodriguez Facts:
*She belongs to Puerto Rican descent.
*For her performance in ‘Jane the Virgin’, she won Golden Globe Awards for Best Actress in a Television Series Musical or Comedy.
*Currently, she resides in in Los Angeles, CA.
*Follow her on Twitter, Facebook and Instagram.

“I started salsa dancing with a few different companies and started touring the country. It was fantastic, but I realized that I really wanted to talk every time we were performing. That’s a problem because when you’re dancing, if you stop to talk, that’s not really cool to the other dancers.” – Gina Rodriguez