Giorgia Palmas is an Italian model, showgirl and television personality. She is best known for her appearances in the Italian satirical series Striscia la notizia. Palmas was the official representative of Italy to the Miss World 2000 pageant held in London, England, UK on November 30, 2000, where she finished as the 1st Runner-up to the eventual winner, Priyanka Chopra of India. She won the television show Veline in 2002, becoming the brunette velina, in pair with Elena Barolo, the new blonde velina. Born on March 5, 1982 in Cagliari, Sardinia, Italy, to Susanna and Renzo Palmas, she has one brother named Davide. She began her career in 2000, finishing as the 1st Runner-up in Miss World, losing to Priyanka Chopra of India. She made her television debut in 2001 by taking part in the 125 million caz..te program, hosted by Adriano Celentano on Rai 1. She was engaged to footballer Davide Bombardini from 2004 to 2011. They had a daughter name Sofia (b. July 15, 2008). She was romantically linked to bike trial champion Vittorio Brumotti from 2012 to 2017. 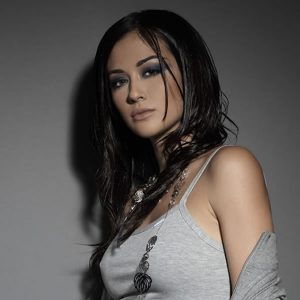 Giorgia Palmas Facts:
*She was born on March 5, 1982 in Cagliari, Italy.
*She is the cousin of Francesca Lodo.
*She came in second place at the 2000 Miss World pageant.
*In 2011, she won Celebrity Survivor.
*She competed on X Factor on Ice in 2012.
*She was appeared on the Max Calendar in 2006, photographed by Giovanni Cozzi.
*Visit her official website: www.giorgiapalmas.net
*Follow her on Twitter, Facebook and Instagram.