Grace Helbig is an American comedian, actress, YouTuber and author, best known as the creator and host of her own YouTube channel, as well as the podcasts Not Too Deep, This Might Get Weird and Pile It On. Helbig won two 2013 Streamy Awards for her DailyGrace web series. Helbig also appeared in the comedy The Wedding Year. She released the book Grace’s Guide: The Art of Pretending to be a Grown-Up in October 2014. Born Grace Anne Helbig on September 27, 1985 in Woodbury, New Jersey, to parents Theresa and John Helbig, she has an older brother named John, and a younger brother named Tim. Helbig attended Gateway Regional High School in Woodbury Heights, New Jersey and earned a BA in Contemporary Arts from Ramapo College. She has been in a relationship with YouTuber Elliott Morgan. She was previously in a relationship with fellow web star Chester See and comedian Brooks Wheelan. 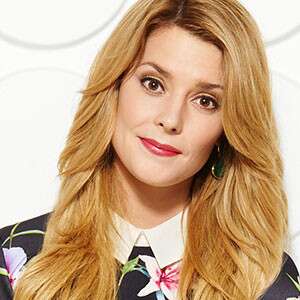 Grace Helbig Facts:
*She was born on September 27, 1985 in Woodbury, New Jersey, USA.
*She was a semi-finalist in the 2005 Miss New Jersey USA beauty pageant.
*She uploaded her first YouTube web series, Bedtime Stories, in 2008.
*In April 2015, Helbig began hosting a weekly primetime E! talk show, The Grace Helbig Show.
*She is best friends with Mamrie Hart and Hannah Hart.
*She used to do gymnastics.
*Follow her on Twitter, YouTube, Facebook and Instagram.